Funko has unveiled a third wave of Pop! vinyl figures based on the third episode of the Disney+ Marvel Studios streaming series, She-Hulk: Attorney at Law! The She Hulk Pop! Marvel Studios Series 3 includes the Sorcerer Supreme, Wong.

Each She-Hulk: Attorney at Law Pop! vinyl figure by Funko stands 3.75” tall, has a bobble head and comes in a displayable window box. They can pre-ordered now at Entertainment Earth for $11.99 each here. 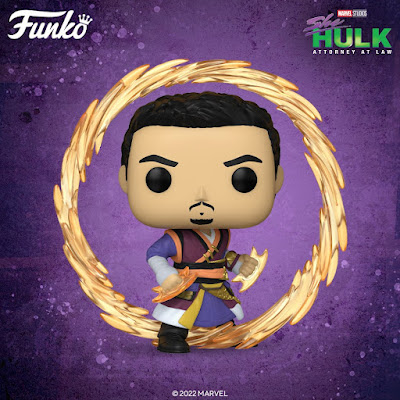